Skip to content
HomeRecurrence 3: Keeping my side of a really hard bargain

After you’ve had treatment for breast cancer, you’re told to do certain things to reduce the risk of it coming back. Don’t smoke, cut down on your alcohol consumption or stop drinking altogether, eat healthily, keep to a healthy weight, exercise and keep fit and, for many of us, keep taking the daily anti-oestrogen therapy (One down, just 3,652 to go).

This is all good advice. Really it’s no different from what we’re meant to do anyway (apart, of course, from the hormone therapy). I do have a problem with it, though. It risks making women feel guilty if

they don’t manage to follow it – regardless of whether their cancer comes back or not.

I’ll do my best to keep my side of this hard bargain. No matter how well I manage, though, there’s no guarantee I’ll stay “cancer-free” (Recurrence 1 & Recurrence 2). As with getting breast cancer in the first place (How did I “get” breast cancer?), there are factors – some undoubtedly we’re not yet even aware of – over which we have little or no control.

So what am I doing to reduce my risk of recurrence? I don’t smoke, so that wasn’t a problem. I’ve always been active and done loads of sport but I’ve now started running regularly – not far, but at least I’m doing it. Also, I make a point of cycling to places where before I might have driven. So I’m probably fitter than I was before  I was diagnosed last July. I’ve also shed a good few kilos. I’ve gone from being a regular to an occasional drinker of alcohol… although I did make an exception for the few days I’ve just spent in Madrid (If planning a holiday is a clear sign of recovery…)! Finally, while I reckon I ate pretty healthily before, I have changed my diet quite substantially. I eat far less, for a start. I can’t bring myself to become a vegetarian but I have cut down on red meat and I’ve almost completely cut out processed meats – I very rarely now have things like bacon or chorizo, both of which I adore. I didn’t eat a lot of what I would term “rubbish” before, but I’ve cut out almost completely things like crisps and biscuits. We were on the coast in Norfolk for a few days over the Easter break and I didn’t even have an ice cream. Yes, I agree, where’s the fun in that?

I know these changes are all positive, but to be honest I’d feel better about them if they’d been driven by a genuine desire for change rather than by fear of recurrence.

A while back, I went to two pubs in one day – not my usual practice, I assure you. In one I had a coffee and in the other I had lime and soda. That would have been unthinkable before breast cancer. I’m sure it’ll wear off but I’m still at the stage where I have to force 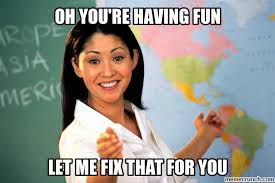 myself not to be paranoid or judgmental about the drinking and eating habits of friends, family members and even random members of the public. I look at folk knocking it back in the pub or tucking into some really unhealthy food and think “I know where you’re heading”. If I’m not careful, I’ll end up healthier and fitter than ever before but I’ll be bloody miserable and a real party pooper!

3 thoughts on “Recurrence 3: Keeping my side of a really hard bargain”