It’s only June and already it’s been a busy year. I’ve gone skiing – twice, once with family and once with friends. I’ve been to Spain – also twice, once when I took my mum to Malaga for a few days, and then later to Valencia for a tennis weekend with some friends. I’ve been up to Glasgow – for work, but I made the most of it and stayed with my mum – and I’ve gone up to Edinburgh for a friend’s birthday party. I’m not finished yet; in less than two weeks, I’m off to New York to spend a few days with my beloved godmother.

I know my carbon footprint is massive with all these flights but my priority at the moment is seeing people who matter to me and spending time with them. I do look after the environment in lots of other ways.

You’re living life with a new intensity and you’re feeling good. You’re in a running club and on top of that you’ve joined a cycling club. You’re doing 10-mile runs (this coming Sunday, run number above) and 74-mile bike rides (last Sunday). You’re playing lots of tennis. You’re enjoying work. You’re “giving something back” by doing some volunteering with a couple of charities.

You’re hugely appreciative you have the means and the time to do all these lovely things. It’s all great fun but you’re not fooling yourself. You know that, having had breast cancer, the reason you’re so active is that your drivers are different from most people’s. You’re acutely aware of the fragility of life and of how quickly things can change and you know that you’ll never again take your health or your time here for granted.

It’s nearly two years since you were diagnosed with Stage 3a breast cancer. Your treatment went really well. You’re tolerating well the daily hormone therapy you’re taking to reduce the risk of your cancer coming back. You’ve got nothing to report to the consultant breast surgeon when you see him for your latest six-month check-up a couple of days before you fly to New York.

The thing is, once you’ve had breast cancer, it’s never really over. Just ask Olivia Newton-John, or rather Sandy from Grease, who announced a few days ago that the primary breast cancer she was successfully treated for 25 years ago – yes, you read that right, a whole quarter of a century ago – has come back in her spine. That pain in her lower back that she thought was sciatica was in fact metastatic or secondary breast cancer. And secondary breast cancer, while treatable, is currently incurable. Not that you’d know 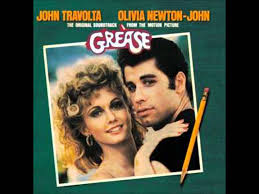 that from most of the reporting of the Newton-John news.

Everyone who’s had a cancer that can return deals with it differently. My way, for the moment at least, is not to leave for tomorrow what you can do today. I know too well that what’s just happened to Newton-John could happen to me at any time – tomorrow, next year, in five years or indeed in 25 (although I have to say if I’m still here and it comes back in 25 years’ time – at which point I’d be 78 – I reckon I’ll have done well).

Even if I hadn’t had breast cancer, the news about Newton-John’s recurrence would have been upsetting. As Rosie Millard writes in a brilliant article in The Independent newspaper, “the news that the Grease star’s cancer  has returned grips women of a certain age who grew up looking to her as something of a lodestar of our own happiness and maturation”. I saw Grease for the first time as a teenager in the summer of 1978 in Vancouver, where I spent the whole of the school holidays – courtesy of my great uncle who lived there – enjoying a freedom I’d never had before. The film hadn’t come out yet in Britain and so for a few months back home in Glasgow I had rare bragging rights among my friends!

Sandy’s transformation from good girl to bad scandalised and thrilled in equal measure us 14- and 15-year old Catholic schoolgirls. My mum didn’t approve of the film. I remember her telling me that she’d heard there was “a not very nice scene in the back of a car”! I bought the album. I’ve still got it. I know almost every word to every song. I feel I’ve been singing along to the soundtrack for much of my life. I even dragged my husband and some friends – some were willing and some were not so willing – along to the sing-along version as part of my 50th birthday celebrations a few years back.  And yes, we dressed up!

If you follow this blog, you’ll know I’m doing a 100-mile bike ride in July to raise money for a breast cancer research charity. One of the fundraising events I was planning to organise involved a showing of Grease. I’m not sure I’ll do that now. Instead of being a bit of a laugh, it would just be sad.

The fact that breast cancer can come back and kill is the reason I’m raising funds for Breast Cancer Now. One of the charity’s goals is that by 2050 no-one will die of breast cancer. I’m doing the Prudential London-Surrey 100, on Sunday 30th July. It’s a mass cycling event that starts at the Olympic Park in east London, goes out through the Surrey hills and finishes back in central London in front of Buckingham Palace. If you’d like to sponsor me, you can do so here: https://www.justgiving.com/fundraising/maureen-kenny.

My training’s going well and I’m really enjoying it. I’ll carry on living for the moment and as I’m struggling up a hill on my next practice ride I’ll spare a special thought for Sandy Olsson – or rather, Olivia Newton-John – as she gets on with this next challenging phase.